LARGO, Florida. – The heyday of neon may have been in the 1940s and 50s, but like all art forms, it’s making a creative comeback.

“Neon took a nosedive about 10 years ago, so having it back is pretty cool,” said Eric Roeske, owner of Adept Neon.

“We did the restoration on Ferg’s in St. Pete…We have Parks and Rec., No Vacancy, DTSP, Ceviche,” Roeske explained.

Adept Neon is one of only three neon stores in the Bay Area.

It has a neon factory and a pumping system to supply the various colors to its tube benders to create almost anything from company logos, letters and signs to pure artistic recreations and simple in the imagination of their customers. Each sign is handmade.

“A lot of people come here and have no idea that a real person bends every little bend in every job, they think a machine does it, or it’s from China,” Roeske said.

The current challenge facing this art form is the shift to LED lighting for commercial signs. 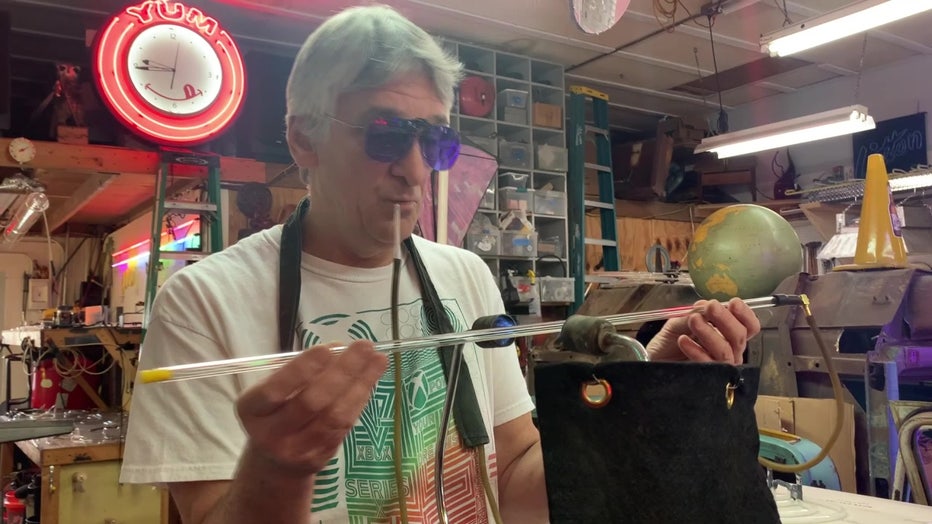 This is where Kira Oglesby comes in.

“We’re keeping it alive. Kira is one of the youngest to do it,” Roeske said.

“The main thing about neon is you can create something like that,” Oglesby enthused, pointing to an original piece of neon art. 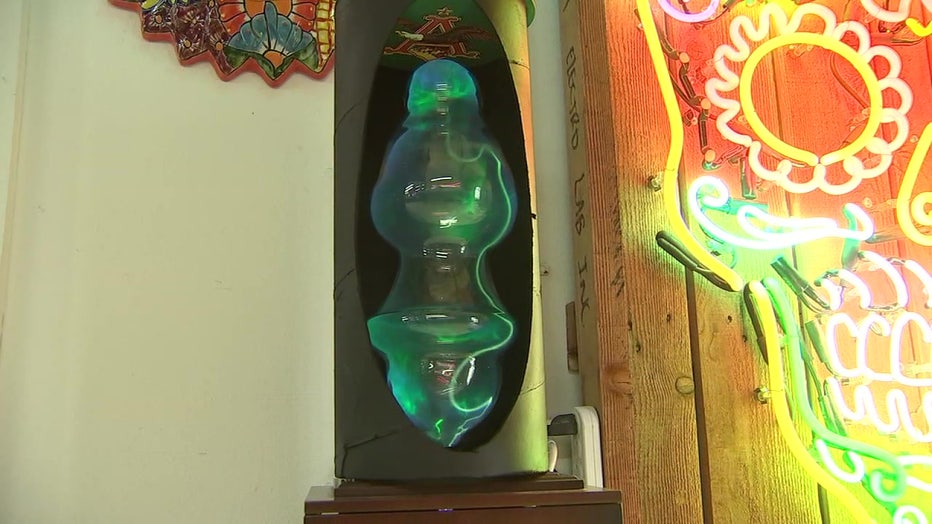 “I really caught the ceramic bug and went to school in upstate New York,” Oglesby explained. “They had a neon shop, and I took a class…and that settled it, I fell in love and said that’s it. Pottery is nothing compared to neon.”

Once she realized her love for neon, she contacted Roeske and they’ve been bending ever since.

“A lot of the work we do is a lesson to me. We call it turn-by-turn,” Oglesby explained. 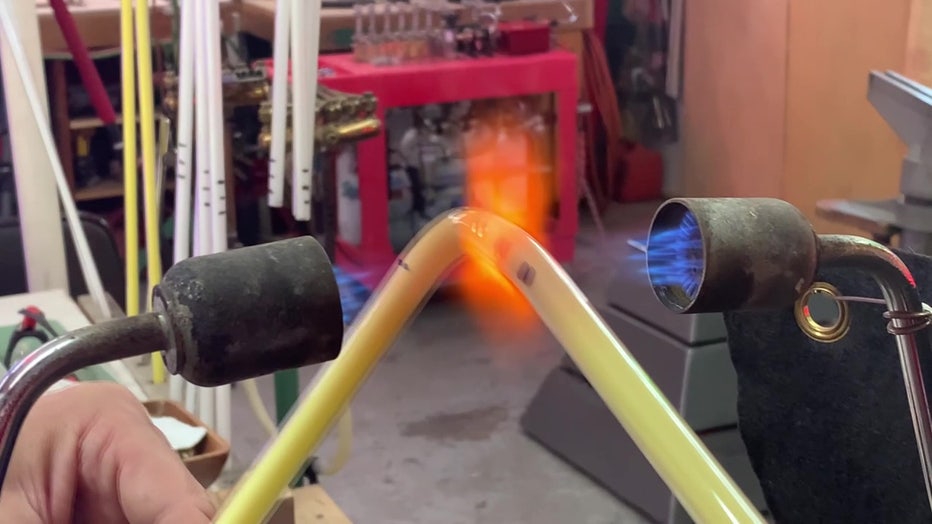 It is important for the very existence of the art form.

“It’s more than just keeping him alive; I want him to stay, but I want people to know more,” Oglesby said.

Click on here to learn more about Adept Neon and how to bend your own light work.